Dr. David Simms, an ear, nose and throat surgeon at Arizona Otolaryngology Consultants, has helped thousands of patients over the years, but none like the one he operated on this month.

The patient, Daniel, is a 12-year-old Bornean orangutan at the Phoenix Zoo.

When the zoo called asking Dr. Simms if he could perform sinus surgery on an orangutan, “I thought I was getting pranked,” he said.

He wasn’t. Respiratory disease is common in orangutans, and Daniel had been suffering from recurring sinusitis with air sacculitis, said Dr. Gary West, Executive Vice President of Animal Health and Collections at the Phoenix Zoo.

Without the surgery, Daniel’s respiratory disease would progress, shortening his life. But zoo veterinary staff didn’t have the training or experience to do the surgery. In fact, the procedure had never been attempted on an orangutan in the United States.

So they called Dr. Simms. 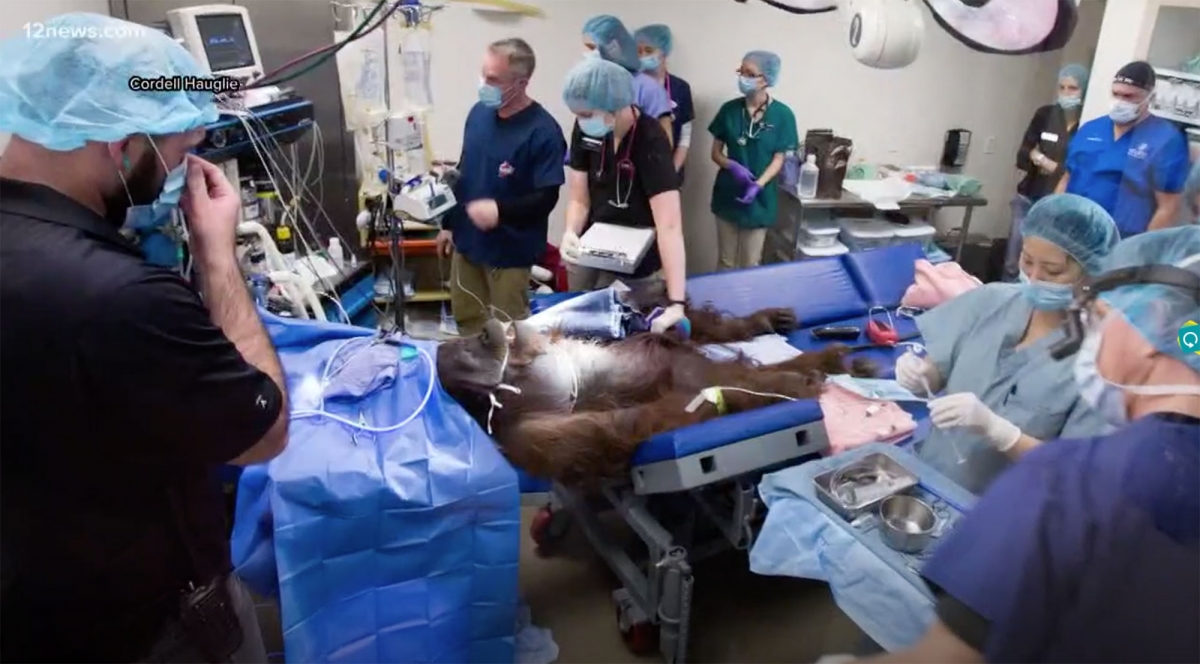 Once he figured out they were serious, Dr. Simms set about preparing for a successful operation.

“The orangutans’ nasal cavity is similar to humans but due to the shape of their skull there are important differences within the sinuses to be noted before attempting surgery,” Dr. Simms said. He reviewed CT scans of Daniel’s head and used a CD printer to create a life-size replica of his skull to use as a guide for the actual surgery. Then the team operated.

“The endoscopic surgical procedure went perfect, and I am very optimistic that this will make a significant impact on his long-term health,” Dr. Simms said.

To the zoo staff’s knowledge, this surgery has only been performed on orangutans in the UK and Switzerland.

“We are fortunate that we found an incredibly talented team willing to take on this complicated surgical procedure,” West said.

Zoo Primate Manager Mary Yoder says Daniel is feeling and acting much better now. “He is active, his appetite has returned, he is engaging with guests and enjoys training with the animal keepers. He is back to his playful self.”

And Dr. Simms is back to helping his human patients.

Click here to view 12 News article on this story